Condemnation of Angela Rayner’s treatment by the Mail on Sunday – who published a story blaming her legs for the fact she is a better public speaker than Boris Johnson – concentrated largely on the Tories, rather than criticising the Press.

Of course, a government – whose leader broke his own rules to eat cake and drink wine at a lockdown party – can be justifiably accused of being rotten to the core. No shock there.

But the question is why less has been made of the newspaper’s decision to print such a story?

Is it because these newspapers keep them in power?

Even less of a fuss has been made of the deplorable standards in political reporting, such as in this case.

The fact that a newspaper has run a smear campaign on behalf of our government, which they should be holding to account for law breaking, has been largely overlooked.

What does that say for our democracy?

Secondly, the sexist treatment of women by some sectors of the press.

Two problems which have led to coarsening of British public life, and distortions in our political culture. 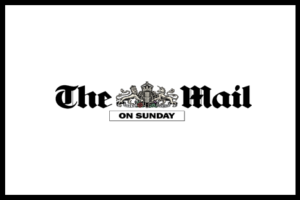 In its story about Angela Rayner, the Mail on Sunday reports hearsay about distraction techniques employed by a woman just sitting in a room doing her job – but the same newspaper group tell us to look the other way when our own PM is caught repeatedly lying to the public.

When the news dropped that the PM was to be fined for breaking his own lockdown rules, (whilst other people could not mourn their dead with family) the Mail’s front pages implored readers to look away – and focus instead on the war in Ukraine.

It’s worth examining, too, why the Leader of the Opposition makes no condemnation of the newspaper in question in his Tweet condemning the story about his deputy.

“The sexism and misogyny peddled by the Tories is a disgraceful new low from a party mired in scandal and chaos,” Keir Starmer wrote.

What then of the newspapers that promote this?

The article in the Mail on Sunday is NOT properly sourced – in it, the ‘claims’ are reported from unnamed Conservative MPs.

There’s no paperwork to back-up the anonymised quotes, no corroborative evidence.

I worked for the Mail on Sunday 20 years ago as a showbiz reporter.

Even then, I can’t imagine putting up a story that relied on ‘claims’, from unnamed sources and hope to get it in the paper, (and that’s not because I’m a Northern, non-posh woman with red hair and a passion for wearing clothes on my body.)

The only time stories such as this can be published – in the name of political journalism – which is even looser and flakier than showbiz reporting in terms of substance and accuracy, is when it is planted there.

The facts don’t get in the way. (The agenda is clear, especially when it comes to working class women in public life.)

People in the profession know that, and politicians know that, even if the people reading the paper both online and in print don’t always understand that.

It’s this kind of bullying which passes as political journalism that shames the industry.

I’ve seen similar stories where every aspect of the Shadow Deputy Leader’s dress has been picked apart and sneered at, as signs of her lower-class status.

It doesn’t pass for legitimate reporting, but has come to be the norm as far as British politics is concerned.

Instead of concentrating on the complexities of the legislative processes and scrutinising power – which might engage the voting public in a meaningful way – smear campaigns, leaks and lies are allowed to dominate the agenda.

There are good reasons for this.

Stories derived from PR gunslinging are easy for reporters to write-up – they don’t have to do long, messy investigations. They don’t even have to leave the office, if the leaker phones you up.

These stories are also very cheap to do and the mud sticks. No wonder the press and their mates in power like this MO so much.

Politicians have a free pass if they don’t criticise the press, mention Leveson or ever talk about regulating the press.

Regulation which would help protect women in politics like Angela Rayner from the sort of sexist bullying that lies at the heart of the matter. 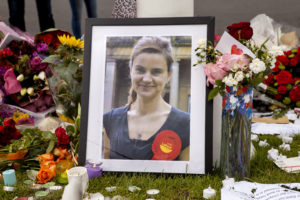 It’s easy to dismiss the misogynistic treatment of women by newspapers as a trivial matter, but its far more serious. Violence against females has been a growing concern for years, even before the murder of MP Jo Cox.

Female politicians, and women in the public eye, routinely report rape and death threats as part and parcel of their daily lives.

The atmosphere that these sorts of stories create and the unregulated comments underneath mean that hate speech about women has become normalised.

In response to the story, Angela Rayner Tweeted,

Women in politics face sexism and misogyny every day and I’m no different.

And she is right in saying that we all deserve much better.

We deserve an independently regulated press, like any other sector or profession such as medicine, law, accounting and television.

Even English football is about to get an independent regulator to replace the current self-regulating regime.

Ironically, the move has been endorsed by the government.

The press needs a body that protects the public from misinformation and raises standards in public life so women can do their jobs without fear.

Currently, in the UK, only a third of MPs are women, and just 37 of 650 Parliamentarians are women from ethnic minority backgrounds.

In a recent report, Equality in the heart of democracy: A gender sensitive House of Commons, the cross-party Women and Equalities Committee considered the barriers faced by women in politics, from the nature and level of abuse faced by female politicians to practical barriers in Parliament itself, including inadequate provision for parents and carers, and the lack of any real driver for change.

The most glaring problem is the shocking abuse and misogyny which all women in politics, and especially minority ethnic women, suffer. This must not become an accepted part of the job.

We should demand a newspaper industry that investigates sexually inappropriate behaviour in our public institutions.

Instead, sectors of our press promote stories which contribute to the problem.

They too should be held accountable for the violence that women suffer as a direct consequence of irresponsible sexist reporting.

Emma Jones is a journalist and Board Director of Hacked Off.

I totally agree. When Murdoch’s Page 3 of the Sun and in the past scantily clad young women in the Daily Mail and the Daily Express was the norm for the purpose of selling the newspapers to men to keep their minds of things which matter, women were regarded as sex objects for men. The same can be said now with the pornography on the internet which ruins young people’s lives and distorts relationships. Thank goodness I grew up in a time of innosence before all this filth was so prevalent.

Sadly the misogyny is so prevalent we can hardly see it. It has been normalised. Being 51 and having grown up with the media as it was in the 80s and 90s I shut it out by not engaging as far as possible but when you look at it with fresh eyes the connection is clear between the objectification of our bodies and the unrequited hatred turning to violence. Angela rayner for PM.