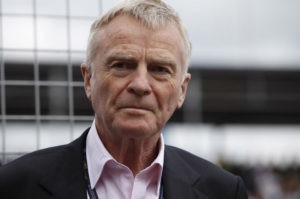 Max Mosley was a committed supporter of reforms to press regulation until his death on Monday, May 24th.

His life is the subject of a recently-released biopic, “Mosley: It’s complicated.”

He was known personally by many of those involved in the fight for a free and accountable press.

Stephen Kinsella and Hugh Tomlinson, both Hacked Off Board Directors who knew Max during different parts of his life, reflect on his legacy. 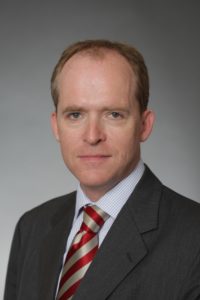 Stephen Kinsella OBE, Hacked Off Board Director: “he played a major part in saving so many lives… he achieved so much”

I first met Max in the early 90s, not long after he had become President of the world motorsport and motoring body, the FIA. At the time he and Bernie Ecclestone were starting to run into issues with the European Commission and a colleague asked me to get involved as I was based in Brussels. She warned me that he was terribly formal and that I would need always to address him as “Mr Mosley”. Of course that was nonsense. And as relations with the European Commission got more fraught, conversations with “Max” became almost a daily occurrence stretching over several years.

As a lawyer himself Max had a keen sense of how the law could be used to defend one’s rights. Faced with a European Commission that for political reasons was definitely gunning for the FIA, we decided not to give in but rather to take the fight to the Commission. This included suing the Commission for leaking documents and for prejudicial comments to the press by the then Belgian Commissioner. When the dust finally settled, the Commission had publicly apologised for its behaviour, had paid a contribution to the FIA’s costs and had approved a licensing agreement for Formula One for 100 years, generating a substantial sum that the FIA devoted to improving general motoring safety. We continued to work closely together, including on the investigation in 2007 into the alleged misuse of confidential Ferrari information by McLaren and Max found it hard to hide his enjoyment at the outcome, including the $100M fine. Not everyone agreed with his actions but working with Max was never dull.

And though it was always Formula One and motor racing that got the attention and with which Max was so closely associated, I saw him get far more passionate about his mission to improve car safety. He drove forward the Euro NCAP programme that provided rigorous safety rating for mass market road vehicles and that cajoled and shamed the motor manufacturers into dramatically improving their products. In doing so there is no doubt that he played a major part in saving so many lives.

Some commentators have noted that but for his surname and the baggage that represented, he might well have gone into politics. But in many ways he did: the very public facing role as FIA president for some 20 years involved him interacting with senior political figures and heads of state. Just one example was when in 2001 we convened a roundtable to urge improvements in sports governance, including the then head of the IOC and the European Commissioner for competition. Max had so much energy and enthusiasm for making a difference, and was a strong communicator and an advocate for change.

When the News of the World story broke in 2008 I was as surprised as anyone but also instinctively doubted that some elements published could possibly be true. Max and I spoke shortly after and he asked whether I could help him in a libel claim. I have to say that my reaction, like most others, was that a legal case would simply make matters worse and would be extremely hard to win, but despite my misgivings I was able to help him locate good specialist advice. And I was delighted when his instincts were once again proven right and he achieved a significant victory. He was hard headed enough to know it could do little to help him but he was genuinely affronted and typically turned his anger and energy into changing the landscape for others.

Well into his 70s Max remained vigorous (preferring snowboarding to skiing), intellectually curious and engaging. We had dinner in London a couple of years ago and other than being hard of hearing in one ear he was remarkably little changed. As ever he was solicitous and asked after the health and progress of other members of the legal team. Most of all he was good company – we laughed a lot and the time flew by. Of course I thought then that I would have future occasions to catch up with him, particularly when I found he had a property not far from where I live in Gloucestershire, where he was hoping to spend more time close to children/grandchildren. When we chatted by email late last year he was cautiously optimistic that the surgery might have been a success. By then I was also aware of his support for Hacked Off, and only regret that we never had the chance to work together in that area, where his energy and creativity would have been such an asset.

I have said many times that of all the clients I have worked for over the years, there is not one whose phone calls I looked forward to more, or with whom I had more fun. And “fun” was a word he used often. He achieved so much and it was a pleasure to be involved with some parts of his legacy. 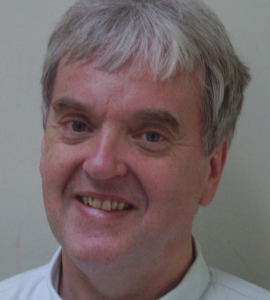 I first met Max after his remarkable career in motorsport and road safety had come to an end. In the aftermath of the vicious attacks on him by the News of the World Max became a passionate campaigner for privacy. He was a key figure in the campaign for a properly regulated press. He saw, with great clarity, the harm that the press was inflicting on individuals and on the fabric of society. While our leading politicians bowed down to the bullies of the British press, Max stood firm. He showed extraordinary courage and calm determination in speaking up for the victims of press abuse.

During the Leveson Inquiry Max provided moral and financial support for many “core participants”, enabling them to have legal representation so that the assembled editors and politicians could be held to account. We had many meetings over that period. He knew the strength of our opponents but he was determined to fight back. We debated our strategies over many hours at what Max liked to call “Summits of the Like Minded”. My abiding memory of Max was his always clear, quiet but forceful contributions to the debates. He did not waste his words. His suggestions were invariably worth listening to.

Most of the obituaries missed Max’s early career as a barrister – and his abiding friendships with colleagues who, by the 2000s had become senior members of the judiciary. I have no doubt that had he continued in that career he would have risen to the very top of the profession. After the Leveson Report was published Max was determined to ensure that the proposed system would be effective. He provided financial support for the establishment of what remains the only recognised independent press regulator, IMPRESS. He also supported a wide range of projects, for example, “Discover Leveson”, the website which makes available all the evidence heard by the Inquiry in an easily searchable form.

Max was a strong supporter of the work of Hacked Off but he never joined our Board and he did not have any formal links with the campaign. He retained his own independent perspectives on the issues of press regulation. Most importantly he wanted to ensure that others would not suffer the same mistreatment by the press as he and his family. The press recognised him as a formidable and fearless enemy and, as a result, subjected him to persistent and vicious attacks, attempting to smear him, and by association, IMPRESS. Max was not deterred and continued to fight back to the end, pursuing a claim for malicious prosecution against the Daily Mail in the last year of his life. The newspaper that supported fascism in the 1930s saw nothing wrong with attacking Max for the views of his father – even though, as everyone (even the Daily Mail) knew, those were not his views.

I will miss Max. I will miss his wisdom, his determination. I hope that we can honour his memory by continuing the fight to which he contributed so much over many years.