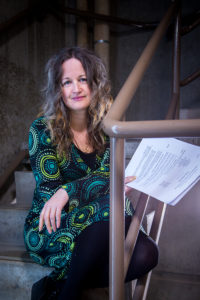 By Dr Corinne Fowler, Professor of Postcolonial Literature at the University of Leicester

As an academic I believe that public debate is important: ideas should be tested and scrutinised.  But to advance our collective understanding of issues, debate should be respectful, informed, factual and reasoned.

Before I explain what happened to me, I want to preface what I say with an account of the work that I did for which I came under fire. I do this, because it is natural to think that someone who gets into trouble somehow be to blame for their misfortune. This is not the case.

From January 2018, I have directed a child-led history and writing project called Colonial Countryside and steered by a team of historians. The project has been widely praised in the heritage and museum sectors for successfully enthusing children about history and heritage sites. It explored unfamiliar connections between country houses and African, Indian and Caribbean histories and people. I worked with 100 primary children to explore the global histories of 11 historic houses, learning about everything from Chinese wallpaper in Wales to the African presence in rural Warwickshire during the 17th century. Colonial Countryside pupils co-curated exhibitions, attended conferences and wrote guidebooks for children. I commissioned 10 pieces of creative writing by award-winning authors, bringing this history to life by exploring the lives of people like Diego, a formerly enslaved African circumnavigator who sailed on voyages with Francis Drake. The project opened up sensitive histories in heartfelt and respectful ways.

“Some newspapers were more interested in smears and personal attacks than factual debate.”

Yet, after a high-profile report I co-edited was published, I found that some newspapers (backed by some MPs) were more interested in smears and personal attacks than factual debate.

In 2019, I was commissioned by the National Trust to research a report into its properties’ connections to the East India Company and to transatlantic slavery. We found that a third of its properties had links to the British Empire.

The report was released in September 2020 and the initial media response was positive. Although some can find it uncomfortable to reckon with the UK’s colonial history, the report was written in a measured tone and it evidenced and listed 93 houses’ connections to empire.

However, 56 Conservative MPs known as the “Common Sense Group” soon afterwards declared a ‘culture war’. Jacob Rees Mogg gave a speech in Parliament, saying that, by including in the report reference to Churchill’s house, Chartwell, the report denigrated Churchill (the report notes colonial administrators, and so mentions that Churchill was Colonial Secretary and voted against Indian Independence – matters of historical record).

“If that wasn’t chilling enough, the Telegraph then reported that the Charity Commission might investigate the National Trust”

If that wasn’t chilling enough, the Telegraph then reported that the Charity Commission might investigate the National Trust on the grounds that the report was outside the Trust’s charitable remit – even though the founding National Trust Act of 1907 clause 4.2 states plainly that the Trust ‘may acquire property…for purposes of public recreation resort or instruction’.

Trust Director-General Hilary McGrady tweeted ‘if it is wrong to… [research our properties], then the National Trust has been doing the wrong thing for 125 years.’

Parliamentarians then called two debates in Westminster Hall and the House of Lords, to debate the “Future of the National Trust” (November) and the ‘National Trust, 125th Anniversary’ (December), in which the report featured extensively.

Following this, Stephen Heffer, Charles Moore and other columnists wrote articles which questioned the ‘intellectual heft’ of the report editors (naming and criticising each author except for the sole male author) and saying it was ‘one-sided’ and ‘woke’.

From here, the attack became more narrowly focused on myself (as the only academic report editor) and my research project, Colonial Countryside.

The Daily Mail, the Times and the Spectator made groundless accusations, including the assertion that we are ‘politically partial academics’.

“The majority of these articles gave me no right of reply”

Following this, there were a series of attacks on my book, with misreporting of my work (falsely claiming that I wrote in my book that ‘gardening is racist’, The Telegraph) and another incorrect claim that the National Trust report was ‘error strewn’ (Daily Mail). There was a further false report that I compared British colonialism to the Japanese treatment of Prisoners of War (Daily Mail), an article that provoked more hate mail than all the others put together.

The majority of these articles gave me no right of reply, and none to any of the Colonial Countryside historians mentioned in the news reports.

Finally, government ministers and other senior politicians from the “Common Sense Group” of MPs briefed against myself and the Colonial Countryside historians.

The group wrote open letters against the National Trust report and then wrote to my funders and said that ‘Colonial Countryside’ was ineligible for public funds because it is a ‘political project’. The Sunday Telegraph reported the Government’s position as, ‘Further bids for public money to cover the cost of the Colonial Countryside project would be turned down’

“Nobody is arguing that reports like the Trust’s should not be discussed publicly. That is part of why they are written – to provoke discussion and reflection”

I have rarely been given a right to reply to these articles (though the Telegraph did allow me to publish a piece here: Let’s not weaponise history: let’s talk about shared histories across generations, cultures and political divides (telegraph.co.uk))

Nobody is arguing that reports like the Trust’s should not be discussed publicly. That is part of why they are written – to provoke discussion and reflection.  Any academic welcomes public scrutiny of their work.

But waves of press and political attacks – without factual or reasoned foundation – do not contribute to that debate.  They damage it, coming as a warning and a threat to the next person or organisation who might contribute. They aim to discredit experts, create hate-figures and foster social divisions at a time when the nation is troubled by a pandemic and all kinds of uncertainty about the future. We need to be able to have respectful, constructive and open conversations about our nation’s past which reach across cultures and social divides.

It is simply common sense to have respectful, constructive and open conversations about our nation’s past.

I am sorry that you have been attacked but this is typical of this group of MPs and the press that supports them. They do not tolerate intellectual debate or anything that might question their racist and mysogynist attitudes.

There needs to be some means in law to make such deliberate misreporting and distortion subject to redress. It is pure propaganda, creating attitudes and opinions in many English people that are damaging, and threatening to the liberal democracy we are supposed to be. Sadly, this criticism of the NT and academics is much in line with how certain elements of the media have distorted perceptions of much of English life – politics, EU membership, COVID, Harry and Meghan. And meanwhile, politicians get away with genuine crimes. Shameful, and it should be deeply offensive to any reasoning, liberal-minded person.

Thank you for reading and for pointing out this error, Mr Suffolk, which has been corrected.
Best,
Nathan, Hacked Off

You’ve made the correction in the text but not in the quote you have pulled out from it.

There’s only one worthwhile ‘ism’, and it’s Altruism

An alarming story, typical of these truth-despising times. P.S. You have a missing ‘not’ in the first sentence of the penultimate paragraph.

funny how these conservative groups always call themselves the exact opposite of what they are[common sense group] no. they can not debate like adults,because they have no counter argument ,they behave like spoilt victorian children;which in the case of mogg,he thinks it still is victorian england.

Your work with young people deserves respect and support rather than ignorant abuse from a group of blinkered politicians and malicious media commentators. Likewise, the commendable work of the National Trust in sensitively interpreting the histories of the properties in its care is admirable at a time when the bitter legacy of Britain’s colonialist and racist past is rightly coming in for increased scrutiny. It is indeed depressing that politicians cannot be held accountable for their lies and distortions and that there is no right of redress against vindictive and bullying press commentators.

Depressing and enraging in equal measure. My one query is the journalist “Stephen Heffer” – who sounds like a portmanteau of Stephen Glover and Simon Heffer (either of whom would be an entirely plausible candidate for that role)

I am so sorry for the way you have been treated. Well done to you and other academics. I simply do not understand why the press feel so threatened by an accurate and thoughtful study of our history. Unfortunately, people are not doing their own research and seem to believe anything our horrible media tell them. Some papers are becoming more and more extreme and there are no checks and balances at all. Regrettably, many MPs seem to be following this extremist path while also puporting to be expressing “common sense”, or a patriotic and popular viewpoint. I find most of our press really disturbing and often offensive.

Sad that our press, even the so-called quality press, is poor and arrogant. What has happened to a once-great political party, since I left them?

I admit to having read only a few parts of the study. I applaud its purpose. I thought some of what I read was incomplete, and might have led others to wrong conclusions. If I’d spent longer, I might well have found myself changing, or at least modifying, what I first thought. But that’s the point, or I hope it is; it’s just not sensible to jump to conclusions. There is a vast amount of information about the NT’s properties and the families etc. connected with them. Hard work and detailed study are essential for the facts to be established. If debate is shut down, the work and study become all the more difficult, and may remain incomplete. There are, alas, many who want just that, to protect views which may be wrong or right. Their only interest is in ensuring that where those views are wrong, no one finds out. They are, in sum, cowards.

I don’t see why anyone should be angry that we all should learn the truth of our history, good and bad. How can a country improve if it doesn’t learn the rights and wrongs of historical actions carried out by previous generations. How would these islands be now if we were the ones “discovered” by foreign powers? Now is the time for all countries to agree to join together to heal the damage we have caused to this beautiful planet and try to live in a better, fairer, more peaceful world. Greed is the biggest cause of our problems imo.

I think it is time that we realized that we are in a culture war, with the forces of reaction organized and media-savvy, threatening scholars doing valuable research that is uncomfortable to members of the Establishment. We need to wake up.