As part of a long read investigation, to be published over the coming weeks, scientist Bob Ward – Director of Policy at the Grantham Research Insitute on Climate Change – will give an exclusive, detailed account of his own battle for press accountability and set out his calls for reforms to press regulation, to better protect the public against misinformation.

Read the introduction below ahead of CHAPTER ONE – to be published next week.

By Bob Ward, Director of Communications and Policy at the Grantham Research Institute on Climate Change and the Environment. 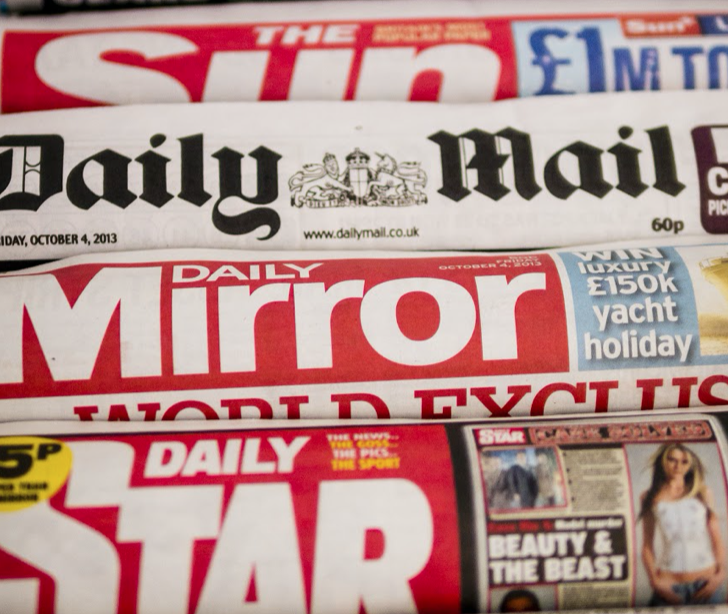 The UK’s self-regulatory system for the Press is failing to prevent some national newspapers and magazines from persistently misinforming their audiences about serious health and environmental risks, including climate change and COVID-19.

In particular, the Independent Press Standards Organisation (IPSO) has shown that it is unwilling or unable to enforce among its paying members the commitment to avoid publishing inaccurate and misleading information.

National newspapers can perform a vital public service by educating and informing their audiences so that citizens are able to make better informed decisions at home and at work. The traditional standards of journalism, with a focus on the vigorous pursuit of the truth and rigorous fact-checking, is critical to building and maintaining the trust of the public. While newspapers, unlike the broadcast news media, are self-regulating and permitted to be partisan, they are all supposed to be bound by a common set of journalistic standards, such as the Editors’ Code of Practice, which are intended to protect the public interest.

Unfortunately, some national newspapers are currently giving space to crusades by a small cabal of ideologues who frame evidence-based decision-making about health and environmental threats as an assault on personal freedoms and an unnecessary check on business and economic interests. This extreme dogma permeates the opinion sections, rather than news pages, of some IPSO member publications.

The regular publication of these opinion articles misleads the public about the risks they face, misinform them about decisions in their daily lives, undermine democratic processes, and seek to reduce confidence in those media organisations, particularly the BBC, which aim to communicate accurately about health and environmental threats. The articles are apparently exempted by IPSO from compliance with journalistic standards of accuracy even though they are often riddled with false claims and fake facts.

“Systematic and repeated promotion of falsehoods”

The systematic and repeated promotion of falsehoods by some IPSO members and the failure of the regulator to act, alongside the rampant spread of false information on social media, are helping to create a culture of misinformation that is harming lives and livelihoods. In short, IPSO and its members are exercising power without responsibility.

Coming next week…
In CHAPTER ONE, Bob Ward will report on serial failures at IPSO to properly sanction press inaccuracies about climate change, and his own battles for newspapers to be held to account for misleading the public.­­

Bob Ward is a scientist currently based at the Grantham Research Institute at the London School of Economics, where he directs the organisation’s policy and communications work.

Mr Ward is also a member of the Executive Board of the Association of British Science Writers, and Deputy Chair of the London Climate Change Partnership.

Mr Ward is a fellow of the Geological Society, of the Royal Geographical Society, and of the Energy Institute.

I have followed Bobs efforts on the climate side for a while now. Amazing perseverance! My husband was at university with (and is still pals with) some of the Reading University & UEA climate scientists/experts who are regularly misquoted (and sometimes defamed). We are fully aware of the deep distress, at a personal & professional level, the Daily Mail & their poor quality journalism, in particular, causes to these good people.

This is not a case of free speech , it’s straight forward misinformation and disingenuous misappropriation of the facts, to serve some unbeknown nihilistic purpose. The people of the UK, indeed anyone who reads their online distortions deserve much better. Climate change and what do about it is one, if not one of greatest issues of our time. The publishers of these influential newspapers need to be held to account for the malignant influence they hold over the populace.

As for the Covid misinformation, like the MMR & autism scam fear mongering before it – the poor journalism will have cost lives. No doubt.

Bob & Hacked Off – keep up the sterling work!