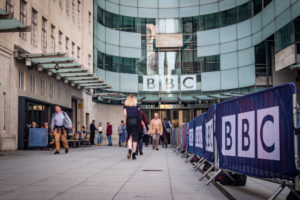 The Dyson Report published earlier this year confirmed that former BBC journalist Martin Bashir had falsified bank statements as he sought to coerce Princess Diana into agreeing to be interviewed.  The report described a serious failure of ethical standards at the broadcaster.

Worse still, intentionally or through incompetence, the truth of the wrongdoing was covered up for decades afterward.

This is not the only time the BBC or, for that matter, other broadcasters have fallen short of ethical standards.  And when they do, the press are often the first to criticise them.

And it is right that broadcasters are held to account: any breach of ethical standards in the media should be swiftly and proportionately addressed.

IPSO shelters newspapers from accountability, by giving the perception of being an independent regulator without having the powers or inclination to act as one.

The differences between how IPSO handles complaints against the press and how Ofcom regulates broadcasters are stark.

While Ofcom’s rules and regulations are based on statute, IPSO’s are controlled by a committee of newspaper company executives: the bosses of the same companies which the body claims to regulate.

Like the press, broadcasters are also required to follow a standards code.  But in Ofcom’s case, that code is set independently of broadcasters and must reflect objectives which are defined in statute.

IPSO, on the other hand, relies on a code drawn up by newspaper editors themselves.  So the press aren’t just marking their homework: they are writing their own exam papers as well.

The sanctions the bodies have available, and how they are used, also differ significantly.  Ofcom can (and often does) direct the primetime airing of corrections and adjudications.  IPSO, meanwhile, has never ordered an equal prominence correction for a frontpage standards breach against a national newspaper.

Ofcom also has the power to fine broadcasters, with fines of £20,000 – £200,000 commonly issued for serious breaches.  IPSO claims to have the power to fine publishers after an investigation, but no newspaper has ever been fined.

The public deserve protection from all media misconduct

Hacked Off is sometimes asked why we don’t campaign against misconduct at broadcasters.

Fundamentally, this is because Hacked Off exists to see misconduct tackled in the newspaper industry: that is our expertise and the organisation’s purpose.  We stand for “A free and accountable press”.

But our focus on press misconduct is also based on a point of principle.  We don’t think it is our job to regulate any industry.  Instead, we believe that all kinds of media should be regulated by independent bodies which protect freedom of speech for all parties, protect the public from misconduct, and are free of political, industry and third-party interference (including interference of the kind exercised by non-profits like Hacked Off).

Such a body already exists for the broadcast media, in Ofcom.  It isn’t perfect, but it is a competent and independent regulatory body.

The Leveson Report recommended a similarly effective system for the press: a self-regulator audited by an independent body, the Press Recognition Panel.  But as long as publishers refuse to sign up for such a system, newspapers will be able to abuse, distort and mislead with impunity.  That is why we continue to campaign for the press to be subject to independent and effective regulation.  Like the broadcast media, the print media must also be accountable when it fails to uphold proper ethical standards.

This is a mealy-mouthed article. It is a massive understatement just to say Ofcom “isn’t perfect”, and there is good reason to question its competence and independence from Government. The worse example of which I am aware is its refusal to investigate complaints about the BBC Panorama documentary “Is Labour antisemitic?”. Former BBC Middle East correspondent Tim Llewellyn, said that “I have never in 60 years of journalism seen such a blatant and deliberate breaking of public broadcasting rules”. As you are no doubt aware the Media Reform Coalition condemned it as “a catalogue of reporting failures” both with regard to accuracy and impartiality. There were a large number of complaints but the BBC and Ofcom brushed them aside. I have supported Hacked Off for many years and I would like you to publish my comment. If Hacked Off is to do its job properly it really must stop playing “progressive except on Palestine” (PEP).