False newspaper stories are being shared as propaganda by neo-Nazis and white supremacists. 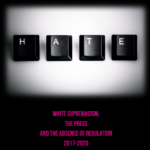 Specialist online forums and message-boards are fertile breeding grounds for extremists, where hateful content is shared and reinforced without challenge. Material posted in these forums originates from a variety of sources: conspiracists, fanatical websites, and others whose theories and beliefs are so far removed from reality or decency that they have no place in mainstream discourse.

But this investigation has identified another source: the pages of national newspapers.

This investigation examined the way five major news stories dated from 2017 to 2020 which were published in national newspapers, including one recent story relating to the Covid-19 pandemic, were shared by and credited as evidence for the worldviews of racists, white supremacists and neo-Nazis online.  These included both tabloid and broadsheet titles.  Each story was seriously inaccurate and had the effect of demonising Muslims or immigrants.

Publication of such stories – all obviously untrue and demonising of minority groups – happens because newspapers are not regulated.

Instead of regulation, most major news publishers are members of a newspaper association and complaints-handler called IPSO.  Instead of being run independently, IPSO is controlled by the newspapers it claims to “regulate”.

The absence of regulation for newspapers in the UK is a boon for white supremacist and neo-Nazi communities.

These communities are sharing false or abusive newspaper stories as propaganda, while IPSO fails to hold those behind the stories to account.

Will you help us to make a difference?

Thank you for your support.