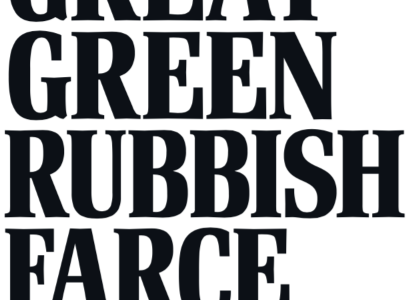 Selective quotes and statistics are extracted and misrepresented to serve an attention-grabbing headline. In February this year, such statistics have been applied to migrants, the EU, the NHS and even recycling.

On 23rd February, the Daily Mail printed this correction:

The headline was: ‘Great Green Rubbish Farce’.  As you can see the article took a piece of information and completely distorted it. Firstly, the statement that 338,000 tonnes of recycling ‘carefully sorted by homeowners’ was thrown out with regular waste last year sounds like a very large amount. It is not however, when put in the context of the 11 million tonnes that was collected in total. It was only 3 percent. Secondly, the ‘carefully sorted’ recycling claimed to have been thrown away, was actually either contaminated or was not in fact “carefully sorted” and included non-recyclable material mixed in. This distortion unfairly undermines the reputation of local authority refuse collection, and their recycling rates. It could serve as a dis-incentive for people to recycle.

The article, was a leading front page headline that continued onto page four. But this correction, nearly 6 weeks later, was, typically, in a small box on page 2 with no headline.  This means that most of those who read the original distortion will never see the “correction/clarification”. And of course there was no apology.

Meanwhile in the Times, an inaccurate article about health was published. This correction, published on page 24 on 3rd February, was correcting an article from the day before printed above the fold on page 6. The original article, headlined “Losing weight in middle age could pose dementia risk” was misleading. What the study actually showed was that weight loss in middle age was a possible indication of dementia, not a cause. Given the obesity problem in this country, and the need for those overweight in middle-age to lose weight, this was grossly irresponsible and sloppy reporting. The difference between cause and effect is not a difficult one to grasp. It is a shame the Times did not have the decency to post a correction with equal prominence to the original and instead buried it at the bottom of a middle page of their paper The correction at least appeared  in the paper promptly, albeit without any apology. Sometimes misleading information is only corrected many months later, and sometimes not at all.

On 7th February the Daily Star had a story on page 6 ‘SICK! 5000, nurses and midwives facing record complaints’: this article quoted its source as the Nursing and Midwifery Council’s online report for 2014-2015 The report does indeed state the 5,183 referrals to the nursing and midwifery regulator were made in this period. But it also states that 1,835 of them were closed because they couldn’t be pursued further.  It also fails to mention that the 1,352 punishment orders which were mentioned in the article accounted for just 0.2% of registered nurses and midwives. It was an example of failing to provide the context and thus misleading readers.  There has been no clarification and the result might be considered to be toxic to the relationship between patients and healthcare professionals.

Newspapers are of course entitled to be partisan and to take sides on issues of national importance. But, even by the newspapers’ own Code of Practice, news reporting should take care to be accurate and not distorted or misleading. This is particularly important on sensitive political issues.  Given the pending EU referendum, there will undoubtedly be more and more of these articles before June, and IPSO will undoubtedly do little or nothing about it. Knowing this the newspapers will feel less compunction to get it right and more willing to break the rules.

In further news, The Sun reported on 7th February that their ‘investigations’ team had found that Romanian migrants working in the UK sent home £54 million last year. Referring to one Romanian ‘ghost town’ where ‘gypsies’ had left to earn money in Britain to send home, the paper quotes Romania’s “Institute of Research”. The money is quoted as being sent home from the “383,600 Romanian migrants in the UK”. The UK’s Office for National Statistics (ONS), estimated that in December 2014 there were 175,000 Romanians in the UK.

Finally, questions about women’s representation in the press resurfaced this month with the launch of the “Sexism in the Media” campaign, a new initiative by End Violence Against Women (EVAW). Like the Leveson Inquiry, Hacked Off has long called for public consultation on the Editors’ Code, run by an independent body, rather than one dominated by Editors, so the public and civil society groups  can challenge the adequacy of the Code’s provisions.

As usual, all national problems yet Hacked Off refuse to distinguish between regional news and national.