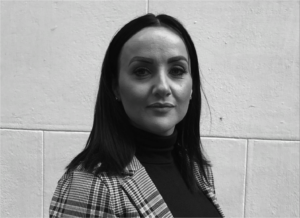 Danielle Hindley is a businesswoman and a mother, who through no fault of her own found herself a victim of press abuse.

Danielle was the subject of an inaccurate and damaging article in the Mail on Sunday that severely impacted her business and personal life.

Like many victims of press abuse, she is not a well-known person yet found herself targeted by a national newspaper.

This is her story, in her own words.

“In December 2017 I found myself the subject of a Mail on Sunday investigation headlined the ‘Curse of the Cosmetic Cowboys’.

“I am a self-employed beauty professional. Two years ago a lady booked in for a treatment with me. Never did it cross my mind that this lady would in fact be a journalist from the Mail, wearing a hidden camera. Yet, the next day I couldn’t stop thinking about the strange encounter. I Googled the name she gave me, the address, and searched Facebook and Instagram. It was clear she wasn’t a real person. I Googled the phone number she booked from and it came up straight away who she was: Charlotte Wace – journalist for the Mail on Sunday.

“When I contacted Ms Wace, she lied saying she was doing a general article about the industry. I knew that Wace had a hidden camera because I researched her past work. My office is at my home, and during Ms Wace’s very long stay my young son had actually come downstairs thinking, as it was so late, she had already left. Ms Wace assured me she had no footage of my son, but I later saw some, not all of the footage, and she did have very clear footage of my son!

“I did receive an email before publication, setting out what was to be published and giving me a ‘right to reply’.  It amazed me how disgustingly inaccurate and fabricated the details were. After my reply correcting them on their ridiculous accusations, they marginally changed what they were initially intending to publish. But it was still written in a way that was misleading and very inaccurate. They also used a photo of me taken from my social media.

“I even emailed the Managing Editor John Wellington, who waited over a week to reply to me.  I received his reply the day after the article was published.

“Soon after the article came out, I really lost myself. I stopped working, lived on cups of tea, stayed in bed all day every day and I couldn’t concentrate on anything. My son would just come in and ask “do you need another cup of tea or a cuddle?” I lost so much weight. I became obsessed with needing to move house because neither of us felt safe in our home.

“Even my son was affected – his behaviour changed. I didn’t notice because I was feeling lost myself, but his school noticed. My son was bullied at school and people in our village would make comments about the article to us. I felt like we were the disgrace of our village.

“My own health has suffered severely from this, but worse still for me is the great impact it has had on my son. I work hard with him to make sure he makes progress and gets past this. I still have bad days, but most days I hold it together.

“I really struggled to find information on what to do to remedy this. I turned to social media to try to get help and I eventually went through a very one-sided complaint process with IPSO, where I believe they were giving the Mail extra time for things and pressuring me at times for information.

“I know they gave the Mail extra time to appeal the decision because John Wellington had had a day off. This angered me so much because this was my life –  I couldn’t have a day off from this – and they never ever offered me extra time.

“I even emailed IPSO telling them their process was making me feel very low.  When IPSO eventually ordered a correction on page two of the newspaper – much smaller than the article attacking me – the Mail on Sunday refused and insisted on publishing it on page eight. IPSO let them.

“I am at the end of my journey for justice now. IPSO’s failure to handle my case, in a way I believe was fair, forced me to seek justice through the courts, in an action which is now finally over after two years.

“I won, but in many ways the damage is done. People still talk about the article like it is true.

“Things have to change. We need a proper regulator which – unlike IPSO – is willing to stand up for people who are the victims of the press; not bend over backwards to help the newspapers.”

We hope the settlement brings Danielle some closure after more than two years fighting for justice. She has been incredibly brave and strong.

Victim journalism can affect anyone. People’s personal lives become collateral damage in the pursuit of clicks and shares. Danielle did nothing wrong. She even told the Mail on Sunday the allegations against her were unfounded, but the paper published them anyway – they just didn’t care.

There is nothing to stop them doing the same to another blameless person tomorrow.

Will you write to your MP today to  help prevent this from happening to anyone else?

I will never buy the mail again after this story.tabloid papers are parasites.

Dear sir, I’m not one to make representations lightly, but surely this is a case for action for moderation in the excesses of our national press. This poor woman has been vilified by an excuse for a national newspaper.
Thankfully the courts have imposed the appropriate penalty and the woman’s stance has been justified.
When wii we have an unbiased adjudication process, rather than an industry self regulating that has no credibility whatsoever.
Thanks for reading this message.