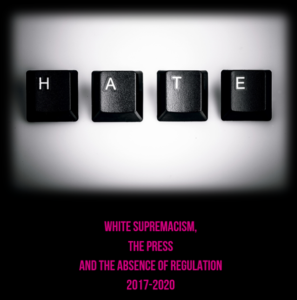 Hacked Off have today published a report into the dissemination of false newspaper stories by extremists online.

“Muslims have endured waves of false, inaccurate and abusive coverage from national newspapers in the UK over the last decade, while the industry’s press-controlled complaints handler “IPSO” stands idly by and fails to sanction or remedy these repeated inaccuracies appropriately.

“This report provides an insight into the growing damage IPSO’s inaction and inadequacies are causing: the circulation, dissemination and amplification of stories attacking Muslims in the national press, which were later found to be substantively false, among neo-Nazis and white supremacists.

“This report highlights how the absence of media regulation in the UK is not only a source of deep and profound injustice for individuals affected by newspaper abuse, but also feeds extremism and has implications for national security.”

The full report can be read here: