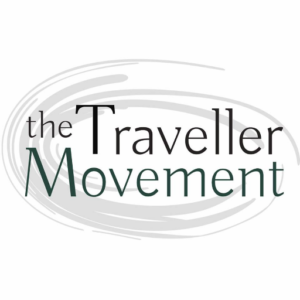 This blog was originally published on the website of The Traveller Movement.  It is republished here with permission and thanks.

By Brian Cathcart, professor of journalism at Kingston University London and a founder of Hacked Off

‘Surely they aren’t allowed to do that?’

I have often heard people say those words in response to racist and discriminatory articles in the national press. They assume that there must be some form of regulation which, if it does not prevent such articles appearing, at least ensures that those who publish them face consequences.

Unfortunately they are wrong. Newspapers and journalists are, in reality, free to express racist and discriminatory views, even where those views are likely to cause harm to vulnerable minorities. There is nothing to stop them.

This is because Britain does not have press regulation. It is true that most papers belong to a complaints body called the Independent Press Standards Organisation, or IPSO, which claims to enforce a code of practice. But IPSO is a sham, and nowhere is its failure more obvious than on discrimination.

If you complain to IPSO when, say, the Sun or the Telegraph publishes something (in print or online) that you consider flagrantly discriminatory, there is virtually no chance, no matter how good your case, that the paper or the writer will be reprimanded in any way. In fact the overwhelming likelihood is that your complaint won’t even be considered. A parliamentary select committee looked into this in 2018 and found that over a period of one year IPSO received 8,148 complaints from the public about discrimination, of which it upheld just one.

How is this possible? Bear in mind that IPSO was set up by the press, for the press, with the interests of the press at its heart. It was designed to ensure the industry itself, and no one else, would pass judgement on its own actions.

In doing this the press acted in open defiance of the findings of the Leveson Inquiry eight years ago, which declared that ‘self-regulation’ of the IPSO kind didn’t work and proposed a new formula for independent regulation that would protect the public from abuses while preventing state interference.

Though the press took some care to ensure that IPSO looked new and different, it simply does not deliver. Clause 12 of its code of practice declares boldly that the press ‘must avoid prejudicial or pejorative reference to an individual’s race, colour, religions, sex, gender identity’ etc, but buried in the handbook that accompanies the code is the explanation that this ‘does not cover generalised remarks about groups or categories of people’.

What this means is that the press may publish what it likes about Travellers in general and IPSO will do nothing. Even if a columnist openly stoked the emotions behind hate crime by uttering the most prejudicial opinions without a hint of evidence, so long as no individual was targeted IPSO would automatically reject all complaints.

And where an individual is identified IPSO usually requires him or her to step forward in person and challenge the paper. Others may not complain: the onus is on David to regulate Goliath.

All of this is bad enough – a decent regulator would not put up such barriers – but even in the rare cases where a complaint gets as far as to be considered by IPSO the newspaper always gets the benefit of the doubt. For in IPSO’s eyes the ‘freedom of the press’ routinely overrides any freedom from discriminatory treatment that ordinary citizens might expect. A case in point was the abuse of ITN presenter Fatima Manji by the Sun in 2016: IPSO bent over backwards to find in favour of the newspaper.

In all of its six years’ existence, in fact, IPSO has only ever upheld one discrimination complaint, brought by a transgender woman. And what was the consequence? Five months after the breach the paper had to publish a short summary of IPSO’s ruling – which it did at the bottom of an inside page, with no headline, so very few readers would notice it. It was a mockery of regulation.

The tragic truth, therefore, is that the press are indeed allowed to discriminate against Travellers, because their complaints body is a sham. The data don’t lie: complaining to IPSO about discrimination is very simply a waste of time. If you see something wrong, tell Hacked Off instead.

The Traveller Movement works to promote the inclusion of Gypsies, Roma and Travellers through community engagement, advocating their human rights and leading on powerful research to shape policy.  You can read more about their work on their website.