Complaints handler the Independent Standards Organisation (IPSO) recently ruled an article in the national press – ‘Lack of face to face GP appointments caused stillbirths to spike 88%’ – to be misleading.

It concluded that the claim made by the paper’s headline and first line “amounted to a failure by the publication to take sufficient care not to publish inaccurate, misleading or distorted information”.

Our condolences go to the bereaved people who were the unwitting subjects of this article and we are very sorry for their loss.

However, the write-up itself was just the tip of the iceberg of a six-month campaign of vitriol aimed at GPs by certain sections of the media, and some politicians.

The reason behind this was the Government’s instruction to shift the majority of GP consultations from face-to-face to remote for infection control purposes and to keep patients and GP teams safe at the height of the pandemic.

I need to emphasise that not all sections of the media waded into the affray, some titles and journalists have been very supportive of general practice and the work of GPs. 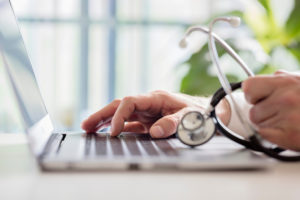 But in the main, we have been demonised for not giving the same care to our patients ‘as vets give to animals’ and accused of ‘costing lives’. We have been described as ‘lazy’, ‘idle’, and denying patients appointments so that we can ‘play golf’.

While journalists and columnists have portrayed themselves as the patients’ champion, these relentless attacks have had a much deeper impact, not least in damaging the very relationship that GPs have with their patients and undermining public trust and confidence.

Crucially, remote consultations meant that GPs were able to carry on working throughout Covid-19, providing care and essential services to millions of patients at a time when other parts of the NHS had to shut down, and when many patients were reluctant to use the NHS for fear of catching the virus. 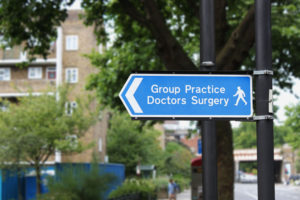 It’s also a myth that face-to-face consultations and physical examinations have not been taking place as these have continued throughout the pandemic, wherever clinically appropriate and safe to do so.

To be a GP, you need to be pretty resilient, but the recent media vilification has been arguably, the worst I’ve witnessed in my 30 years as a family doctor. These daily attacks on our professionalism, commitment, and integrity have worn us down and demoralised GPs to the point that some clinicians have dreaded going to work or, in some cases, decided to leave the profession.  Some colleagues have described it as a ‘war of attrition’ and after two years on the frontline of a pandemic, they simply haven’t got the energy to fight back. Nor do demoralised and exhausted GPs have the luxury of newspaper columns where they can vent.

At the other end of the scale, medical students are put off from choosing general practice—with serious consequences for the ‘pipeline’ of GPs and future of patient care – and those who do, sometimes find themselves being denigrated even by their peers.

The real root of the matter is that we have had more than a decade of under investment in general practice services and the GP workforce is no longer big enough to meet the demands of a growing and ageing population. This was the case before the pandemic and the past two years have only made the situation worse.

NHS pressures are not confined to hospitals, and successive governments have allowed GP numbers to fall while volume and complexity of patient demand have escalated on an unprecedented scale.

GPs go into general practice because they want to  care for patients, but we need to be able to do this safely and the job of a modern GP is becoming increasingly undoable.

Last year, there were 367m appointments in general practice, which is well above pre-pandemic levels – yet the number of full-time equivalent GPs has fallen by an estimated 600 between 2015-2021, meaning that the ratio of patients to GPs has increased by more than 10%.

This is why our College is calling on the current government to urgently deliver on its 2019 election manifesto pledges of 6,000 additional GPs and 26,000 more members of the wider practice team by 2024.

This is why we also need the media to act responsibly and to ensure that hardworking GPs are represented fairly. With the strength of the press behind us rather than against us, GPs could gain the support we need to deliver the high quality and safe care that our patients need and deserve, without us burning out and jeopardising our own health.

Professor Martin Marshall is a GP in East London and Chair of the Royal College of GPs, the UK’s largest medical Royal College, representing 54,000 family doctors.

You can read more about the work of the RCGP here