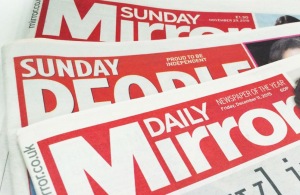 The Mirror, Express and Star newspaper publisher Reach (formerly known as Trinity Mirror) increased its cash pot for dealing with phone-hacking cases by £12.5m last year, bringing the total spent on the scandal to £75.5 million.

It seems some things never change –  the big newspaper corporations would rather throw money at the problem than address the culture of criminality at our national newspapers.

The publisher has faced more than 100 civil claims for phone-hacking at its national titles: the Daily Mirror, Sunday Mirror and Sunday People.

They will likely continue to settle outstanding claims this year and next. But will they ever answer the real questions the public deserve to know?

It has been almost a year since the Government disgracefully reneged on its promise to complete the Leveson Inquiry. Leveson Part Two would have demanded answers to many of these questions.

But the fight is still far from over. Press abuse victims have waited for many years, if not decades, to know the truth and we will not stop until they get the justice they were promised.

The corporate press may have the megaphone, the money and the might, but they are on the wrong side of history.

Donate here so we can keep fighting!