The traditional press has two roles, one as a check on public figures, and another as a form of entertainment. Increasingly, as Franklin argues:

Entertainment has superseded the provision of information; human interest has supplanted public interest; measured judgement has succumbed to sensationalism; the trivial has triumphed over the weighty; the intimate relations of celebrities from soap operas, the world of sport or the royal family are judged more “newsworthy” than the reporting of significant issues and events of international consequence.

In the digital age, content from printed media is republished on companion websites, and the regulation of these online spaces is front and centre since the government released its much anticipated Online Safety Bill. The bill, which is currently being considered before Parliament, will impose a duty of care on search services and platforms which generate ‘user-to-user’ content, such as social media platforms, to tackle harmful content on their sites. Failure to do so will result in heavy fines. 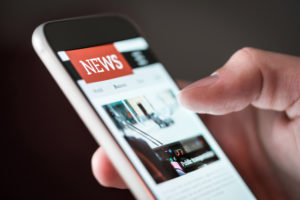 The bill, considered by the Government as leading the way in online regulation across the globe, is flawed in many ways. It aims to reduce the harms associated with online content yet fails to define what it means by ‘harm’. Currently, some user-to-user platforms (and which platforms is still to be decided in secondary legislation) will need to remove content that is harmful to children and/or adults, but said content does not need to be illegal (“awful but lawful”).

But material produced by a recognised news publisher (where a company holds a broadcasting licence or hits the criteria set out in the bill), such as the Daily Mail or The Sun, is exempt from the Online Safety Bill. The bill does not even place news publishers under an obligation to remove harmful user comments on online news articles, known as ‘below the line comments’, despite research demonstrating that abuse is often found on these sites.

There is a dark side to the online world, where abuse, misogyny, racism, and homophobia, to name but a few, are rife. But these behaviours are not unique to the digital age or only found on the likes of Facebook and Twitter. Abuse, misogyny, racism, and homophobia exist within the press and in many comments left on their sites. A deliberate attempt by the government to protect the press from the obligations set out in the Online Safety Bill is a significant flaw and could well be considered as an attempt by the government to “keep their friends in the press happy.”

Reporting on the public activities of celebrities or politicians might offend, but it can swiftly become harmful. Reporting on Angela Rayner’s performance at the dispatch box might “offend” because readers or the subject herself dislikes the tone or political opinions of a particular journalist, however, reporting on Ms Rayner’s legs and their role in supposedly sub-par debating techniques, because she is not an Oxford Graduate, is both misogynistic and classist. It harms Ms Rayner, female politicians, and potential politicians as well. 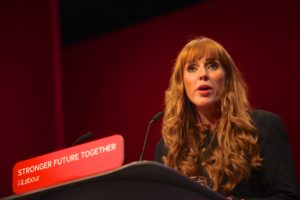 Had this been a comment online, it could well have fallen within the “awful but lawful” definition and been removed, but because it was published by the mainstream press it is exempt from the Online Safety Bill. The article causes harm because it interferes with several legitimate interests – Ms Rayner’s interests in equality and mental wellbeing, the broader interest in equality and freedom from discrimination, and interests in social mobility because working class women may be dissuaded from standing as MPs. Harm is multifaceted and under the Online Safety Bill includes published content that changes people’s behaviour. Thus, the example of dissuading future female MPs is, in theory, a harm, but the press cannot be held to account for reinforcing classist, racist or misogynistic stereotypes other than via IPSO – a route that is less than effective – or costly claims for defamation or “misuse of private information”. Indeed, the harms of press coverage was recognised by the court in Cliff Richard v BBC, where because of the invasion of his privacy “he [Sir Cliff] was the subject of severe stress, and … that stress far exceeded the anxiety, and perhaps some level of stress, that he would inevitably have been under”.

A free press performs an important role in society by holding elected officials to account.  This is the press’s “constitutional role”, acting as a check on the acts of the government and other public officials. Stories about expense scandals, misogyny in parliament, and “party-gate” are of democratic importance, as they inform the voting public about the (mis)behaviours of those elected to represent them. This constitutional role requires an exemption.

But a distinction can be drawn with the press as a provider of “entertainment” through gossip and celebrity interest stories. Gossip about celebrities (politicians included) with whom we have no daily contact, but know of through their public persona, may be considered “highly entertaining” and “engage the listener” because of the “scandalous, joking or horrific aspects added”, and become widespread “if they are juicy, if they can be told to a wide range of listeners, if there are few consequences for telling the story … and if there is little monitoring of their truth so they can be embellished.”  This type of content is not democratically important, and the Online Safety Bill should be expanded to include the press acting in its capacity in providing entertainment.

Negative ‘gossip’ informs the subject “that their attributes or behaviour (sic) are not accepted in the group” by exposing character flaws and misbehaviour. Such gossip may have a mediating role on behaviour in social and workplace environments, but it can lead to the social exclusion of individuals viewed as not fitting the characteristics of a particular group. Where such behaviours by the press are harmful, they should fall within the Online Safety Bill – particularly when these articles are published online as click-bait material.

Take, for example, Angela Rayner’s recent experience involving unnamed sources setting out what were perceived as flaws (not going to Oxford) and the supposed misdemeanour of using her sex (her “Sharon Stone moment”) to distract the Prime Minister.  The upshot was that Angela Rayner was not of parliamentarian material. Or how articles about Megan Markle, morning sickness and avocados, linked her to human rights abuses, drought and murder, and her choice of flowers for her wedding apparently put Princess Charlotte’s life at risk. This compares to the favourable coverage of the Duchess of Cambridge eating avocados and using the same flowers at her wedding.

None of these examples engage the news media’s constitutional role; Angela Rayner’s legs are irrelevant to being an MP and her conduct at the dispatch box, while linking Megan Markle’s eating of avocados to murder is no less spurious than concluding a student who prefers to take hardcopy notes is supporting deforestation. The farming of avocados is problematic for a range of reasons – including exploitation, deforestation and harmful pesticides – but one individual’s consumption of the fruit does not create the market demand that drives pursuit of profit.

If you are a lawyer, you are regulated by an independent body. If you are a medical practitioner, you are regulated and governed by the General Medical Council. The press should be no different. They provide a vital role in a democratic society, but they are also responsible for abuse. Giving the press such exemption under the Online Safety Bill may be considered as maintaining a democratic society and upholding freedom of speech, but, in reality, it only upholds the free speech of the privileged. How we obtain our news has changed, and social media has been a significant part of this change. For example, much of the news currently coming out of Ukraine is through social media platforms. Under the Online Safety Bill, these stories and the free speech of the authors would be subject to regulation, but stories published by traditional news organisations about who was the worst dressed at the Met gala, which could cause harm, are exempt.

The press remains free to continue spreading harmful gossip and tit-for-tat. IPSO has clearly been ineffective, it’s now time to look at other options. 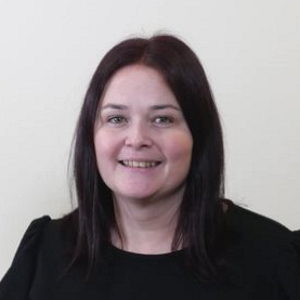