On 26th January, Leeds Gypsy & Traveller Exchange (GATE) published “Media That Moves“, a report on creating anti-racist representation of Gypsies and Travellers in the UK media.

GATE Hate Crime Advocate, Cindy Lou, writes about why this is important. 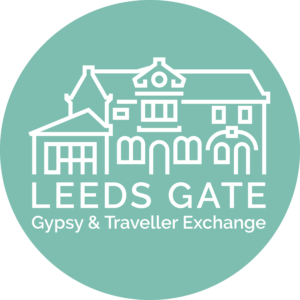 I want to tell you a little about my story, and the hate crime I have experienced as an English Gypsy. It is in this context that prejudiced articles about Gypsies and Travellers in the media do so much damage.

I have experienced hate crime since I was child. From being bullied in school, to being asked to leave shops and not being allowed in bars, nightclubs and restaurants. All for the simple fact that I am a Gypsy.

The reality is that the community experience discrimination on a daily basis to such an extent that it becomes part of normal life for us. Consequently, the majority choose not to report incidents as they feel nothing will change.

But we have to speak up. Now it is my job to help the community across West Yorkshire have a voice, and to tackle Hate Crime – so that Gypsies and Travellers are protected from hatred and abuse.

Having experienced hate crime myself, and heard from so many others who have as part of my job, it saddens and angers me when I read articles in the press which target the community.

One such article was published in The Times on 15th May 2021, titled, “It’s time we stopped pandering to Travellers”.

Despite myself not living roadside and not living a nomadic lifestyle, I have friends, family and know people through work who continue to travel up and down the county in their caravans for various reasons such as for work, to attend Gypsy and Traveller Fairs or the fact they have nowhere to permanently live. The fact that the article proposes that the nomadic lifestyle is wiped out, and that social housing is offered instead, shows how little understanding the writer has of the community.

Mental health is still a taboo topic within the community. There are many families from the community that live in houses, but many will explain that moving to a house would negatively impact on their well-being. A question I would pose is: if you lived in a house all your life and you was then forced into a caravan, how would this make you feel?

The article talks about ‘life here’ in the UK needing to have an address, being contactable and keeping children in education.

But as a family living roadside you do not need an address to register with a doctors’ practice. Many Travellers use a care of post address (this is a service we offer at GATE).

As for education, it is certainly clear that educational outcomes for children from the community are among the worst out of any community. However, families have the right to apply to home educate, provided they can show the evidence on how this will work. Schools should have a balanced approach, with sensitivity, which recognises the lifestyle and cultural traditions of GRT communities while seeking to maintain regular attendance.

There is a large national waiting list for a plot on a council site, demonstrating how many families do want to settle and have a fixed address, and why councils should carry out regular assessments of accommodation needs, with the aim of creating a traveller site in each council area. 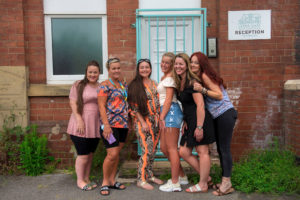 There is much that needs to change in the public’s perception and understanding of the culture of the community, which has some of the worst outcomes of any ethnic minority group. But efforts to improve public understanding are undermined by the ease with which newspaper articles like The Times’ can be published. In my view, these kinds of articles strengthen the public’s negative perception of the wider Gypsy and Traveller community and contribute to unconscious bias. Anti-GRT hate is the last acceptable form of racism, and we all have a responsibility to tackle it.

With all services or outlets there is usually a simple complaint process that we can follow. However papers such as The Times are members of a complaints-handler called IPSO (Independent Press Standards Organisation), which will only accept discrimination complaints if an article targets an individual. So if an article focuses on a group then as it stands we cannot complain. This suggests that IPSO considers group discrimination to be acceptable within our newspapers for all to see.

So what needs to change? Newspapers that are members of IPSO should join an independent press regulator that is able to accept group complaints. Discriminatory articles should have no place in today’s world.

My hope is that my children can have a better life, and not experience the hate that I did. Newspapers play an important role in how the community is perceived by the public, and I hope they will do better.