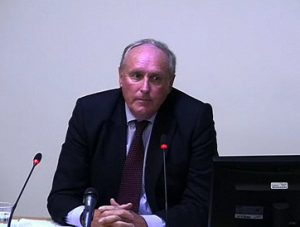 Paul Dacre has announced his resignation as Editor of the Daily Mail.  He will become chairman and editor-in-chief of Associated Newspapers.

“Mr Dacre’s decision to resign today will bring no comfort to the victims of the Mail’s many years of unethical and bullying conduct.  Under Dacre’s editorship, the Mail has been consistently among the newspapers culpable for the most breaches of the Editors’ Code, even while Dacre himself presided over the Committee which wrote it.

“Mr Dacre has questions to answer about his employment of individuals known to steal and “blag” personal data, and whether his evidence to Part One of the Leveson Inquiry was complete and correct.  It was no surprise, therefore, that Mr Dacre’s newspaper was the first newspaper in the western world to campaign against the completion of a Public Inquiry – Leveson Part 2 – into alleged corporate criminality and cover-up.

“The ethical problems of the industry and the public’s loss of trust in newspapers are Paul Dacre’s true legacy and will continue long after he moves upstairs at the Mail’s offices.”

PRESS ENQUIRIES AND INTERVIEWS: press@hackinginquiry.org or call Nathan Sparkes on 07554 665 940