On Sunday May 5th, Radio 4 aired the documentary “The Press, the Police, the Politicians and Their Public”, which challenged the Government’s claim that completing the Leveson Inquiry was no longer in the public interest.

Hearing from press whistle-blowers, investigators and victims, some of the top revelations included:

As ever, they came up short:

On the cancellation of Leveson Part Two, and the growing number of claims the Mirror Group and other publishers are facing, Hacked Off Policy Manager Nathan Sparkes said,

“Trinity Mirror Group’s bill for settling phone hacking cases is ballooning from year to year, with the company repeatedly raising the  amount it needs to set aside. It is conceivable that they will have paid over £100 million by the time all the legal claims are over.

“The apparent willingness of the Mirror Group Newspapers and Sun owners News UK to settle cases at seemingly any price indicates a desperation to avoid having these claims heard in open court – which would expose multiple allegations of corporate wrongdoing and criminality to the public gaze.

“With the expenditure of all publishers taken into account, the total cost of the scandal could exceed £1 billion pounds – with virtually no accountability for the executives who have presided over it.

“While it is unclear how many claims remain in the pipeline, we are seeing more and more victims contact us each year – suggesting there could be many hundreds or thousands more still to come.

“The way these actions rumble on to this day are an ongoing embarrassment for a Government which rejected the views of the National Union of Journalists, press abuse victims, and the general public, who all called for the Leveson Inquiry to be allowed to finish its work investigating these matters.  Instead, the government sided with the newspaper publishers and executives and suppressed the second half of that inquiry. These claims expose how much of a stitch up that was, and underline the need for the Inquiry to be re-established and to complete its work.”

Hacked Off are committed to pursuing every avenue to obtain the justice victims were promised, and to see the completion of the Leveson Inquiry. Donate now to help us keep up the fight!

LISTEN TO THE PROGRAMME HERE 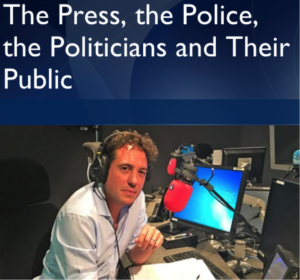 Start Leveson 2 NOW !! The Bastard Press Barons should NOT be allowed to walk amongst decent human beings for the rest of their miserable lives !!
The police were OBVIOUSLY far too close and cozy with the Police and they should stand right alongside the Bloody Press Barons too !!
The Public share some blame too, for being so keen to have a never ending stream of bad reporting, scurrilous innuendo and outright lies fed to them simply to titillate them over their cornflakes and on TV.
START LEVESON 2 NOW !!!!!

Heard the programme and did not believe it. Why was this not in the press (stupid question that innit?)

This cannot be swept under the carpet – there must be accountability!

In 1975 my father was libelled by National newspaper. Within 24 hours they knew they were wrong. Yet they challenged my father to sue them believing he could not afford cost. He did with my help and they settled 3 years later 2 days before trial. After case was settled journalist responsible apologised for his error. When asked why he hadn’t apologised 3 years earlier his reply was that under threat of losing his job he was told to leave it to company lawyers. 3 years of hell for my family. Good luck guys.

Leveson hasn’t looked at the disappearance of local newspapers and the lack of different points of view on local issues. Many towns have only one paper if they are lucky. Most support right wing positions

This programme is long over-due. It makes me think that the reason Cameron has disappeared from public view is nothing at all to do with his decision to launch an EU referendum and everything to do with his own history of collusion with the so-called ‘free’ press. I’m also wondering why, when Theresa May unexpectedly found herself to be Prime Minister in Cameron’s place, her first overseas trip was to New York; ostensibly to attend the UN. She spent 3 days in New York and part of that time with Rupert Murdoch? Why? What are her real priorities as leader of the UK? I should hope that Leveson II would be able to address and get answers to my questions and those of everyone else who’s still wondering ‘why was this corruption never properly dealt with?’

Just a pity it was on Radio 4 rather than Panorama or similar during “primetime” where it ought to be!

I have been a HIGHLY RESPONSIBLE JOURNALIST for 70 YEARS AND DEMAND the reintroduction of Levinson. Which CRINAL would vote himself GUILTY? Why were they allowed to take a decision about the INQUIRY? clive@cliveread.com