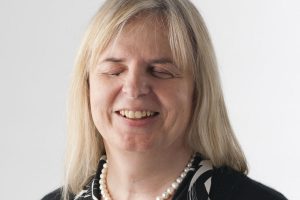 Late in 2013 I was selected as the Labour candidate for Sutton and Cheam in south west London for the general election. Just over a year later, in December 2014, I took the initiative to come out as transgender, becoming the first transgender Labour parliamentary candidate. It was a whirlwind few days and I received lots of positive comments and support both publicly and privately across the media and from political friends and opponents.

Then on 11th December that all changed as I was subject to an insulting comment by Rod Liddle in the mass circulation Sun. In his column, featuring a photograph of me, he asked: ‘being blind, how did she know she was the wrong sex?’

This was clearly mocking both my gender identity and my disability. I was offended and many others were equally outraged by what he had written. There was a reaction on social media (with plenty of support for me) and The Sun merely saying that it “nothing to do with them, it was just a columnist” and an online Change Petition which received over 28,000 signatures within a couple of days and hundreds of complaints were sent to IPSO which regulates the Sun against the Editors Code.

Not being someone to take things lying down – you can’t go into politics if you’re not prepared to stand up and be counted – I hit back the following day in the Independent by asking Mr Liddle ‘When he turns the lights out, does he not realise he is a man?’

As good as it was to reply and cut him down to size, his was a nasty snide comment piece and it was right to take this further, which is why I supported Trans Media Watch, when they asked if they could take forward a representative complaint that the article was a breach of the Sun’s own Editors’ Code. The Sun denied this, saying it was just a joke and that free speech should allow them to pick on someone like this even in bad taste.

Today, I am pleased to say, that the IPSO Complaints Committee agreed with me and the majority of people who had read the article that it was discriminatory and breached Clause 12 of the Editors’ Code of Practice by publishing a prejudicial and pejorative reference to both my disability and gender.

They make clear that The Sun belittled me because of my ‘gender identity and disability, mocking… [me] for no other reason than these perceived differences’ and said that ‘regardless of the columnist’s intentions, this was not a matter of taste; it was discriminatory and unacceptable under the Code.’

I welcome IPSO’s finding that the piece was wrong and prejudiced. I’m pleased that IPSO have supported our claim. That is certainly a success, as newspapers should now be clear, if they were not previously, that they don’t have free rein to show contempt for people who are different in some way, by using pejorative or prejudicial language.

This is a landmark decision, not only in fighting back against transphobia and the mocking of disability, but also as it is the first complaint to be upheld by IPSO which was made by a representative group and will hopefully pave the way for more shared action.

But this process hasn’t been plain sailing. One of the great disappointments was that The Sun did not play fair in trying to seek a resolution. Instead, they tried to undermine me in a personal way and attacked the work of Trans Media Watch, which in many ways, is more worrying than the original insult. What’s worse, after I spoke out Rod Liddle attacked me again in his column, while pretending to apologise. Again IPSO found that he had not apologised, and that he had simply taken the opportunity to have another go at me to his millions of readers (“The Committee did not accept that the apology published was a genuine attempt to remedy the breach or a sincere expression of regret; the columnist had used it as an opportunity for a further attempt at humour at Ms Brothers’ expense”).

Whist I am happy that IPSO has agreed with us on the main issue of what is pejorative and prejudicial their decision falls short. They have only required the publication of their adjudication as a remedy. I have not had a full and proper apology from The Sun – the least most people would think would be reasonable given the judgement against them.

In the absence of a genuine apology (one which is not a chance to slip in a further bitter attack) on the part of Mr Liddle and The Sun, I can only conclude they do not regret their actions. It appears as if they are disappointed that they have lost a ruling but not that they did anything wrong in the first place. That isn’t encouraging for the future, as others may well experience similar unfair treatment just because they are different.

In his inquiry into press standards Lord Justice Leveson said that the regulator must have the power to require apologies. IPSO has been set up without that power and therefore cannot be fair or effective. It is a direct result of this that The Sun can get away with not printing any apology, although it would have helped if IPSO had at least requested, which is within its powers, the Sun to print an apology. Consequently, there is no real deterrence on newspapers to avoid breaching the Editor’s Code.

I decided not to pursue a personal complaint simply because I expect nothing else from The Sun. Coming from Liverpool, I have little regard for the paper’s track record. I know that politicians need to roll with the punches, so I’ve been able to dismiss Rod Liddle’s comment piece as ridiculous. I also needed to focus on my election campaign and my recent health problems, which resulted in a triple heart bypass surgery last week.

My central concern is how other transgender people and their families feel about comments like this, particularly those who are going through the transitioning process and are fearful of others reactions and of being ridiculed. We know what is said on a public platform and in the pages of the million-selling popular press can have an impact both effecting individuals and shaping prejudice and that’s why I endorsed and supported the complaint that Trans Media Watch made as a representative case.

I believe strongly in press freedom but it should hold the rich and powerful to account, not mock and undermine the vulnerable and disadvantaged. That’s why I support equality campaigners who want to see more effective press regulation as Leveson ordered to ensure papers abide by their own code but also so that victims can secure proper redress when the press falls short.

We want respect and decency and for the mocking to stop.

Yes I complained about this story to IPSO. What disappointed me was that I was told I was not affected and not the injured party, so I could not complain. This contrasts with broadcasting complaints where I can complain because I have a shared humanity : I Don’t have to be of same gender to complain about a sexist comment or of same ethnicity to complain about a racist joke. IPSO are saying it will always be the individual against the Murdoch machine or the Mail. I’m not trans or blind but I do know bullying and bad taste when I see it.