Hacked Off has found antisemitic content published in The Sun newspaper’s comment section under an article reporting on Wiley’s antisemitic Tweets.

The Sun website, which reaches over 7 million people everyday, has been hosting the vile antisemitic content for 5 days and counting.

The timeline below shows how Twitter, whose response itself to removing antisemitic content was deeply inadequate (taking 48hrs), was still far quicker than The Sun who have still not acted over content which remains accessible four and five days later (and counting).

Screenshots below, taken today, show the content in question.

“The Sun has failed to address antisemitism on its website, instead allowing its comment section to be infected by despicable racism and conspiracy theories. Its continued inaction five days after one of these posts was made – while Twitter took 48hrs to act – is shameful.

“IPSO, the complaints-handler controlled by The Sun and other newspapers, claims to regulate The Sun’s comment sections. Yet they have, as usual, stood idly by as racist abuse has been published to millions of Sun readers.

After a year of doing nothing to tackle Islamophobia, anti-Asian and anti-black racism as well as other forms of abuse on comment sections, IPSO can add “antisemitism” to the forms of racist abuse it is apparently willing to tolerate.

“There is only one way to protect Jewish people and other minority groups from racism in the press: the urgent implementation of Leveson-style independent regulation for all newspapers and their websites.”

Sparkes on press hypocrisy and plans to regulate social media:

“At the very moment The Times published an editorial earlier this week calling for state regulation of Twitter because of inaction over antisemitism on the platform, fellow News UK-owned title The Sun was itself hosting antisemitic content. Twitter’s response to Wiley’s antisemitism was inadequate but at least there was a response: The Sun and IPSO continue to sit on their hands.

“Murdoch titles are calling for regulation of everyone but themselves.  If they are serious about ending the scourge of antisemitism they must first get their own houses in order, and submit themselves to independent regulation.

“The Government’s current plans for social media regulation are to exempt newspaper comment sections because it claims to believe that IPSO is doing a good enough job.

“We say that doing nothing over antisemitism for five days and counting is unacceptable. There should be no place for antisemitism and any other kind of racism in newspaper comment sections, and we urge the Government to think again.”

Timeline of inaction on antisemitism: 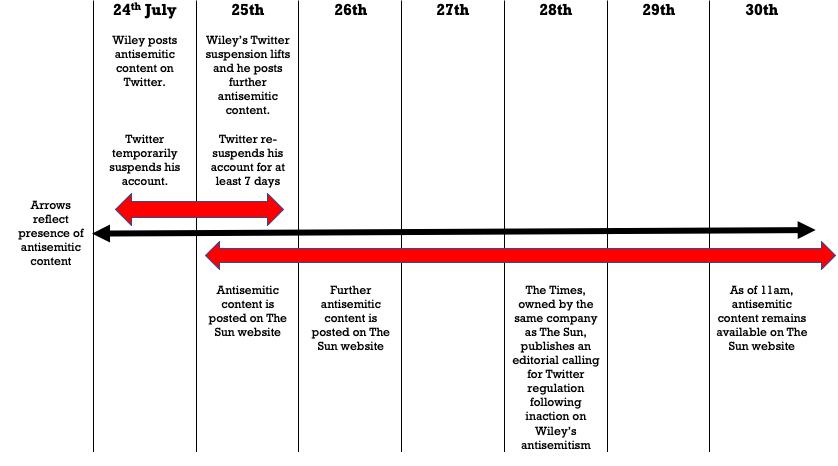 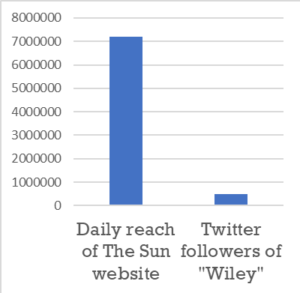 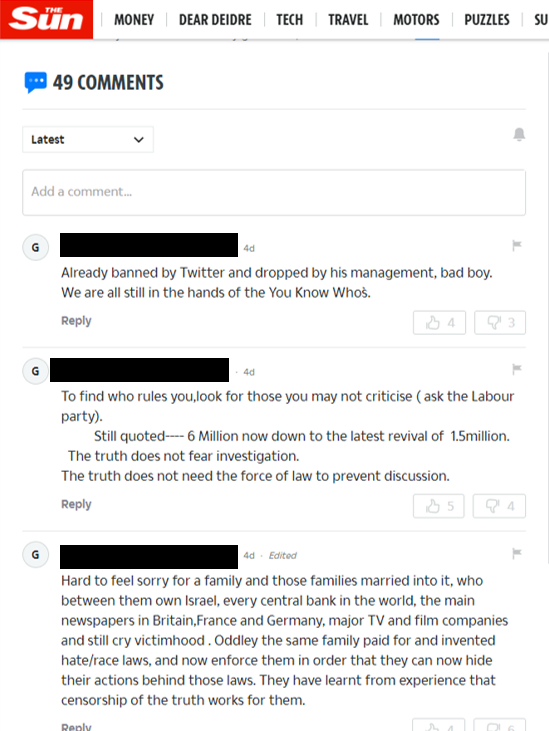 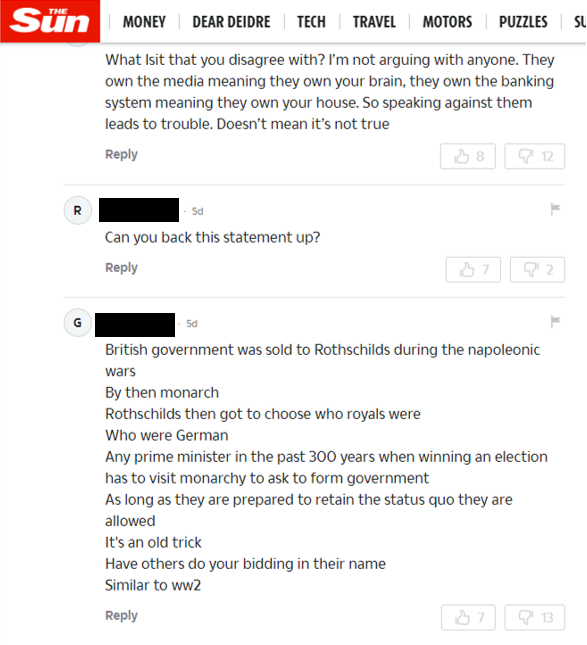