Their story outraged the whole nation.

Three months ago, it was revealed that Milly Dowler, who was murdered by nightclub bouncer Levi Bellfield* in 2002, had her mobile phone hacked after her disappearance.

The Dowler family and their solicitor Mark Lewis teamed up with the Hacked Off campaign to meet the leaders of the three main political parties, to push for a full public inquiry into phone hacking and other questionable practices by the press.

It was the callousness of what News of the World journalists did to their daughter and family that drove them to call for a public inquiry, to show how other people have also been affected by newspapers’ dubious and criminal activities.

The family told the Hacked Off campaign this week: “It was very hard to see something good coming out of this, but we are very pleased that there is now going to be a full inquiry that shows the effect that the press can have on the lives of ordinary people.” 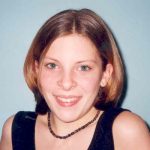 Bob and Sally Dowler lost their daughter Milly when she was 13. Her older sister, Gemma, was 16 at the time. Milly disappeared on her way home from school, in Walton-on-Thames, on March 21, 2002 and was found six months later, on September 18, when Surrey Police launched a murder investigation.
During the time Milly was missing, the family tried to call her and left messages on her mobile’s voicemail pleading for her to come back home.

At one point, hopes that Milly was still alive were raised by the fact that her- then full – voicemail inbox seemed to be receiving messages again.

The Dowler family even agreed to an exclusive interview with the News of the World, to talk about their hope of finding Milly alive. Her mother, Sally, told the paper: “If Milly walked through the door, I don’t think we’d be able to speak. We’d just weep tears of joy and give her a great big hug.”

This year, the Guardian revealed how journalists from the News of the World had intercepted and deleted messages left on Milly’s voicemail, in the first few days after her disappearance, giving the impression that the teenager was still alive.

They had hired private investigators Steve Whittamore and Glenn Mulcaire to find details of the family, including Milly’s phone number, according to the Guardian investigation.

Last week, three months after the revelations, News International confirmed a £2m settlement with the Dowler family for the phone hacking claims and a personal £1m donation by Rupert Murdoch to six charities of their choice.

*Levi Bellfield was sentenced to life imprisonment for Milly’s murder on June 23, 2011.