The thoughts of all of us at Hacked Off are with the family of Daniel Morgan this week, after their 34-year campaign for justice – against the most powerful institutions in the UK – was obstructed once more.

Daniel was murdered in 1987, when he was reportedly on the brink of exposing corruption in the Metropolitan Police Service.

Five police investigations in the years since have failed to find those responsible.  Serious allegations have been made that corruption among police officers and interference from News of the World reporters, published by Rupert Murdoch’s News International, played a role in the failure of these investigations.

In 2013, there was hope that Daniel’s family would get answers.  The Home Secretary of the time, Theresa May, established an Independent Panel to investigate Daniel’s murder.  The Leveson Part Two Inquiry – which would also investigate police & press corruption in relation to the police investigations and had more powers than the Panel – was still to come.

But in 2018, after heavy lobbying from newspaper publishers and despite widespread public support, the Government cancelled Leveson Part Two.  Hacked Off and Alastair Morgan, Daniel’s brother, have since campaigned for that decision to be reversed.

But there was still the Panel.  And on May 17th 2021, Monday of this week, the Independent Panel were expected to publish their report.  Until, reportedly, the Home Office stepped in at the last moment to block publication.

Now Home Secretary Priti Patel’s department are insisting on reviewing the publication for “national security” concerns, and to ensure the department is meeting its human rights law obligations.  They are threatening to make redactions.

The Panel have refused to hand over the Report, claiming that the Home Office said nothing of a review of this kind over the last eight years.

Political interference in the Panel’s independence?

The Daniel Morgan Independent Panel was established to investigate, among other things, allegations of corruption among members of two of the most powerful institutions in the country: the police force and the press. 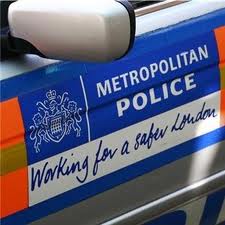 With such powerful organisations expecting to face scrutiny in this Report, the Panel’s independence is critical.  That is why it is so troubling to see the Home Secretary blocking the Report’s publication – and now threatening to make redactions.

The history of this whole case is one of national institutions closing ranks, covering for one another, and blocking the family’s path to justice.  They have described this intervention as “unnecessary and inconsistent with the Panel’s independence” and a “kick in the teeth”.

The Panel have also complained that the requirement to review the Report is “unnecessary” and “not consistent” with the Panel’s independence.

It would be convenient for anyone criticised in the Report for it to be delayed until the summer, when Parliament is in recess and the Report’s findings are unlikely to face the same level of scrutiny.

The Government’s relationship with the newspaper industry in the UK is known to be close, with Hacked Off previously reporting on the hundreds of meetings which occur between newspaper & Government representatives. 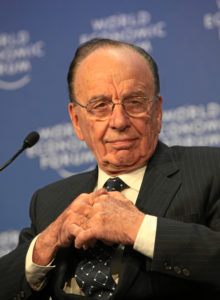 And it has also been revealed that the Home Secretary herself, Priti Patel, personally met with Rupert Murdoch in September 2020.  It is possible she has met with him or his representatives more recently.

Rupert Murdoch’s News UK employees are at the heart of allegations of interference in previous investigations into Daniel Morgan’s death.

So when he and the Home Secretary met last year, did this Report come up?  Or was it discussed at any of the other meetings between the Government and News UK’s representatives, which take place so regularly?

Hypocrisy from the Home Secretary

Earlier this week, the Home Secretary wrote to Conservative Party supporters to contrast herself with other politicians – describing them as “putting themselves yet again on the side of the criminal minority, rather than with you and I and the law-abiding majority.”

Yet her actions in relation to the Panel risk delaying or even denying justice for Daniel’s family, while her continued opposition to Leveson Part Two has been described as a “tacit endorsement of police corruption”.

If Ms Patel is truly on the side of lawfulness and of holding criminality to account, she must step back from these acts of political interference.  Allow the Panel to do what it was established to do, with the independence it was promised, and reinstate Leveson Part Two.

This in conjunction with the BBC Bashir scandal! Where are we going, Britain?

Home Office not fit for purpose anymore. Patel should resign and a new structure should be developed for Home Office activities under a non-political controlling body.

People behave dirty, dishonestly and wrongly all the time and if a state official does this too visibly it will cost him its chair soon or later!

All government meetings/discussions with press representatives should be formally documented and available for scrutiny, as they can be seen as a form of lobbying. Until this happens who knows what shady agreements and alliances are being formed. One thing is for sure, Murdoch will only have self interest in mind when he meets with those in government. How his readers stomach his gutter press I can’t fathom!