Reportedly more than 5000 complaints have been made to IPSO, the complaints-handler controlled by the press, over the misogynistic coverage of Angela Rayner MP which appeared in the Mail on Sunday over the weekend.

But a Hacked Off analysis has today revealed that IPSO has never upheld a complaint of sexism against the press. 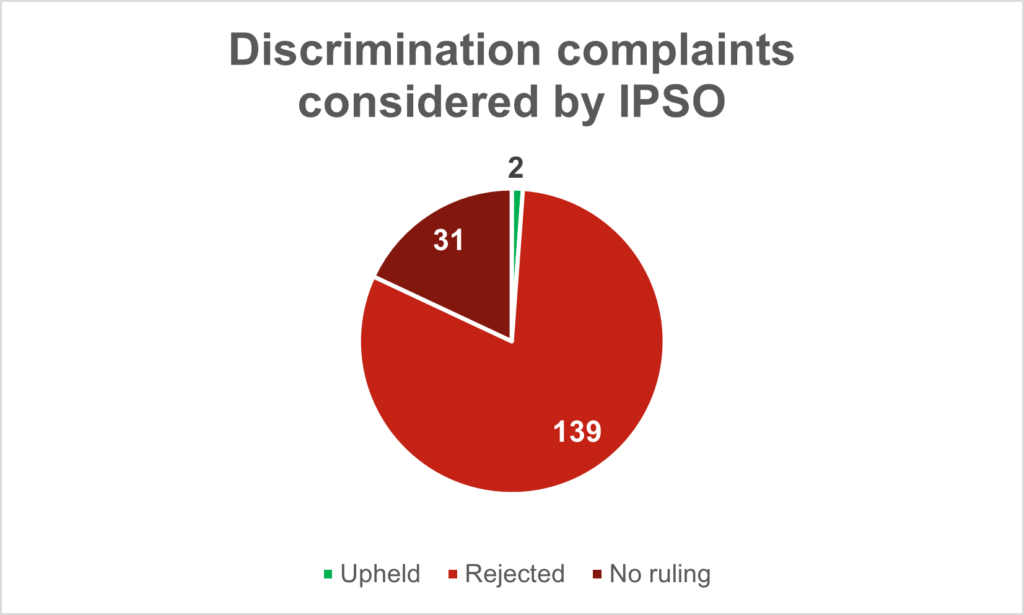 In fact, our analysis shows that IPSO has only ever upheld two complaints against the press over any form of discrimination; one of them relating to a complainant’s transgender background, and another relating to disability.

In almost eight years, IPSO has never sanctioned a newspaper for either racist or sexist press coverage.

Should we be surprised?

IPSO uses a standards code written by newspaper editors themselves, and has a pathetic record of enforcement: a recent report found that only 0.3% of all complaints made to the body are upheld in full.

IPSO’s discrimination clause is particularly weak, and provides no protection to groups of people affected by prejudice in the press.

The Prime Minister Boris Johnson was quick to criticise the appalling comments printed by the Mail on Sunday.

But talk is cheap.  Why won’t he do something about it and introduce independent press regulation, as recommended by Leveson, and supported by dozens of independent and local publishers?

The Mail on Sunday’s editor has refused to meet with the Speaker of the House of Commons.  They think they should be above accountability.  And right now, they are.

Until the Government act to complete the Leveson reforms, and compel all national newspapers to be members of an independent regulator, misogyny, racism and other forms of discrimination in the press will persist.